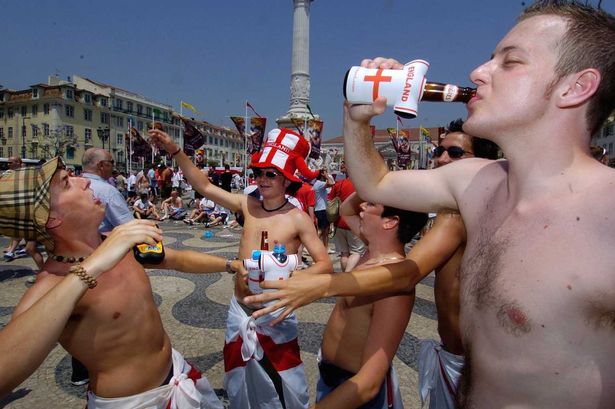 I wonder what picture the phrase ‘Brits abroad’ conjures up in your mind? Maybe 18-30s holidays to Magaluf when Tanya and her mates from Blackpool drink too much and are sick all over a local heritage site? Maybe a hopelessly sunburnt middle aged man wearing socks and sandals with a big DLR camera around his neck investigating old churches in France? Maybe the horrible ‘Gap Yah’ video that is so cringe but remarkably spot on for certain types of people? Maybe it’s someone like me volubly saying ‘Dondayy est la banyo pour favor?’ (it’s phonetic) with no hint of embarassment?

One of the interesting things about this trip is that we’ve seen so few British people the whole time. Peru, Bolivia, Argentina, Chile, all seemingly British free zones. Spaniards? Loads of them. French? Here in their droves. Germans? If anything too many (not sure if it’s OK to say this-check before posting). But Brits, remarkably few. Don’t really know why. Probably because most Brits would go during our own Summer (June-August). But then that’s Summer for the rest of Europe too? Who knows.

I’ve found it tough. Nobody else who understands the intricacies of Alan Partridge’s character. Nobody to back up your forceful tutting when somebody breaks queueing ettiquette. Blank looks all round at the merest hint of sarcasm. We have had a few encounters though, of more below.

For the first 2 weeks after we landed in Lima, when my Spanish was at an even earlier stage of infancy than it is now (I’ve just moved on to learning about the past tense) I don’t think I actually spoke to another human except Evie. She’s a decent conversationalist on her day, but that’s tough going for anyone. I remember very vividly sitting in a bus terminal waiting to get our first overnight bus, and somebody turned round and said, in perfect (well at least passable) English, ‘Where are you guys from?’ I was so overcome with emotion I almost started crying. His name was Joe, and he was a 22 year old scaffolder from Maidstone. It was genuinely so nice to be able to have a conversation with someone. Unfortunately we only had about 15 mins before our bus left. I don’t really know what a 22 year old scaffolder was doing on a package trip of the Andes with a busload of middle aged tourists, but he seemed to be enjoying it. He had basically no Spanish either, but was charming the pants off (in a good way) his smorgasboard of international travelling companions. I remember him fondly, but we haven’t kept in touch. I still think of him every now and then. Usually when I see a building undergoing external repair work.

British contact was then at a minimum until we got to Sucre in Bolivia. We were reading at a cafe, (*’Britain’s Greatest Football Hooligan’ if you were interested) when a group of girls came and sat at the next table. No words were exchanged between our parties. I just listened. It was horrible. They used phrases like ‘Oh, I could SO be a ‘lady who lunches” and  ‘it is literally impossible to afford to live in London’. They thought it was really cool to get really drunk and take lots of drugs, but then bemoaned the fact that they were so vulnerable on nights out and could easily be robbed. They whined about Brexit and the patriarchy and meat eaters and slow waiters and house prices. It made me never want to hear another British accent again.

That was it for Brits, until we got to Salta in northern Argentina. Here we visited a man called Charles Barr-Johnstone, a missionary partly supported by St Ebbe’s, who we had heard lots about but never met. He’s nearing his 80th birthday, and has been a missionary in Argentina since 1968! He looks and sounds like he’s lived his whole life in the Home Counties, but actually was born in Burma, didn’t speak any English until he was 8, and has only lived in England for a very small fraction of his life. Over a long lunch, he regaled us with tales of his many exploits while serving in Argentina, including being forced to flee the country during the Falklands war, carrying his bike 20km home because rain had reduced the dirt roads to streams, and being driven around by a maniac with one eye. A legend.

Our mission to visit every Ebbe’s mission partner continued as we went to stay with Andy & Bethanie Walker and their kids in Buenos Aires (that mission has since been cancelled as we realised all the others live in places that aren’t South America). We had a brilliant week with them, and it felt very different from large swathes of our travels. Why? Partly because we spoke English basically the whole time. Partly because we were spending time with kids (who I could actually talk to) for the first time, and it was lots of fun. But I think fundamentally because we shared so much cultural capital. It’s unsurprisingly much easier to get along with people and form relationships when you know lots of the same people, have spent time in the same places, have similar worldviews and shared cultural norms (like toilet paper should be flushed down the toilet and tea should have milk in). After months of basically not having this, it was like a haven for us to stay with like minded friends for a few days (it also helped quite a lot that their apartment complex had a pool). 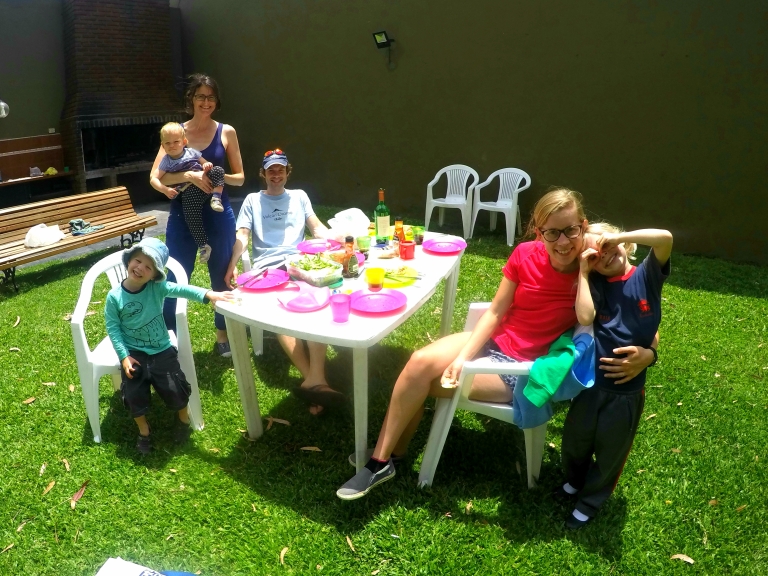 But it got me thinking about who people spend their time with, and how this influences them. If it’s much easier to spend time with people who look like you, speak like you, think like you, laugh at the same things you laugh at, then that’s probably what you’ll do. Understandably. And you’ll probably enjoy it. And because you’re spending your time with those people, you’ll spend less time with people who aren’t like you. The downside though is that you get bubbles in society who essentially won’t or can’t communicate with each other. I don’t know what the solution is, my point is basically just that it’s human nature to cling to those who are like us, and therefore to have our own opinions validated and reinforced. Not necessarily a very good side of human nature, and part of the great thing about Christianity is that it breaks down these divisions and unites people around something much more crucial ( Ephesians 2:13-15 ‘But now in Christ Jesus you who once were far away have been brought near by the blood of Christ. For he himself is our peace, who has made the two groups one and has destroyed the barrier, the dividing wall of hostility, by setting aside in his flesh the law with its commands and regulations. His purpose was to create in himself onenew humanity out of the two, thus making peace.’ )

Our most recent English interaction, by the way, was watching Liverpool v Everton followed by Man United v Man City at a pub in Mendoza, with a couple we met from London called Tom & Naomi. Not much makes me happier than drinking a few beers while analysing in-depth England’s games from France ’98, discussing whether Liverpool’s ‘Spice Boys’ would have been as succesful as Man United’s ‘Class of ’92’ if only they hadn’t bought so heavily into the brand (definitely would’ve made no difference) and how Sam Allardyce would have fared as England manager if only he hadn’t been so greedy (I think pretty well). And yes, I’m well aware that, if they’d been listening in, the girls from Sucre would have taken as great a dislike to me as I did to them. Generally, people like people like themselves (that sentence does make sense).

It has been fun spending time with people from different backgrounds to us and we’ve learnt things from it. We’ve been very generously welcomed by people of many different nationalities while we’ve been over here. Particularly in Chile, over Christmas & New Year. It is good to spend time outside bubbles (of any kind) and actually understand why people think and believe what they do. But sometimes, you just need someone to laugh at your David Brent impression and everything seems OK for a bit.